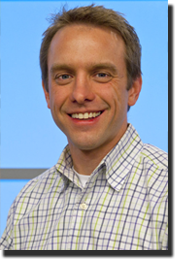 Brent Wheelbarger is the founder and owner of Trifecta Communications, a media company specializing in news, advertising, production and emerging technology.  Trifecta started in the room next to Brent’s garage and has since grown to employ fifteen people; providing marketing initiatives for governmental, non-profit and business clients in Oklahoma and internationally. The company also serves as a primary news provider for Moore and south Oklahoma City through the Moore Monthly magazine and MooreMonthly.com.

Previously Brent served as a publicist for entertainment renowned public relations firm Levine Communications in Los Angeles.  He worked on PR campaigns for such entities as MTV’s Rock the Vote and provided media representation for numerous independent films and other projects within the entertainment industry.  He also previously served as Public Relations Director for Pre-Paid Legal Services, where he placed the firm on outlets including the O’Reilly Factor, CNN and the Wall Street Journal.  Brent graduated from Oklahoma State University and initially worked as a television news reporter for KXII-TV in Sherman, TX.

Brent lives in Moore with his wife and two daughters.  He serves as Vice Chair of the Pioneer Library System Board of Directors, incoming President of the Moore Chamber of Commerce and a board member for the Moore Rotary Club, Moore Young Life and the Possibilities organization in Oklahoma City.  He is highly involved with the Boy Scouts of America (Eagle Scout) where he serves as Assistant Scoutmaster and member of the marketing board for the Last Frontier Council.  He and his family are active members of Journey Church in Norman, OK.