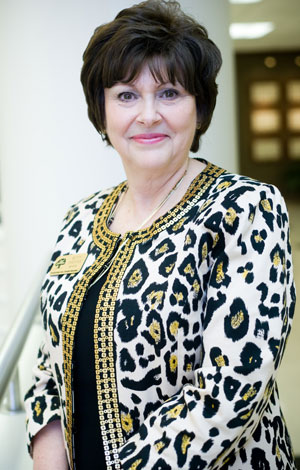 Fulfilling a vision of being a Great Expectations coach, Betty Sheofee joins the team after 30 years of teaching. Her career began in Bentonville, Arkansas as a fourth grade teacher. After two years, she moved to Oklahoma to complete the remaining 28 years in the Broken Arrow School District.

Betty received her Bachelor of Science in elementary education at the University of Arkansas in Fayetteville and her Master of Education Degree at Northeastern State University in Tahlequah, Oklahoma. She holds a special certification for Teaching in A Looping or Multiage Classroom. She is a certified teacher in Great Expectations Methodology. Betty worked with OU collecting data for educational research.

Her dedication to teaching has earned her much recognition and many awards.She received Broken Arrow Teacher of the Year nominations, the Golden Apple Award from the school board, “Excellence is Good Enough” awards from the superintendent, and Phoebe Apperson Hearst nomination from the State PTA organization. She comments, “My highest recognitions are those given to me by my students and parents”.

Betty’s love for children has led her to serving as Children’s Worship director at her church and being a state CWE conference presenter. She leads training for WEE teachers.

In addition, she is a member of Kappa Kappa Iota, a sorority for educators. She has served as president of Epsilon Kappa Conclave. She has professional memberships in OEA and BAEA.

Betty’s interest led her in developing a multiage K-2 program. She was instrumental in designing curriculum for teaching the program. Her convictions in the program led to teacher training.

Betty is married to Bill Sheofee. Her son Billy is married to Tammy, and they are the parents of three grandchildren, Bradley, Branson, and Braedyn. Her daughter Becky is single and works as a western wear retail supervisor. Betty is very fortunate that both of her children are currently living in the Broken Arrow area.