Choice is a foundational link between general decision-making, goal setting, problem-solving and conflict resolution. The decision-making process can be taught and should motivate, challenge, and inspire critical thinking.

The C.R.O.S.S. ROADS ™ Decision-making Process is a tool that addresses the concept of teaching students to make better choices.

The C.R.O.S.S.ROADS™ choice process detailed here may be used for:

It was originally created, just as Glasser advised, for use as a tool to help students make better choices in conflict resolution and problem-solving situations in a school setting. It was so successful that there was a 56% reduction in disciplinary referrals over a 2 year period. Added as a strategy after the implementation of Great Expectations in a second school setting, disciplinary referrals became all but non-existent. The students became the problem-solvers.

C - Choice - What is the choice being made? 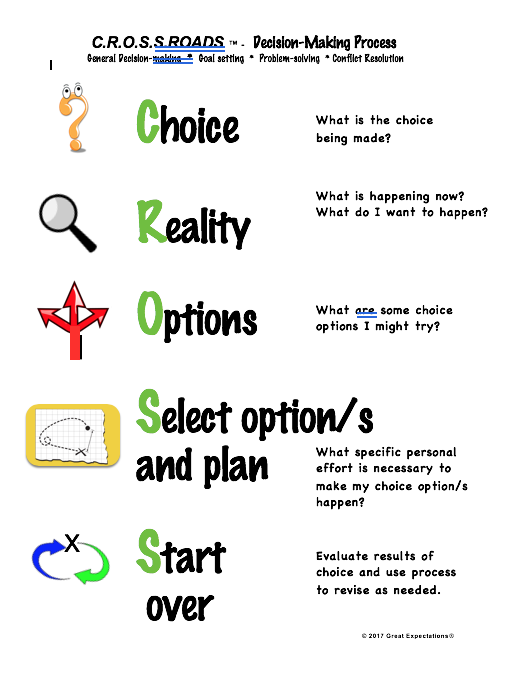 O - Options - What are some choice options I might try? What options have I tried so far? What are the benefits/pitfalls of these options?

What specific personal effort is necessary to make my choice option/s happen?

In an educational setting the process may be put together with school Creeds ,

the Eight Expectations, and Life Principles to form the guidelines for making positive choices.

Verbally running through the steps is more than adequate in the majority of situations. At other times the worksheets and forms aid in giving a structured outline for the details of the process. For example with conflict resolution it is particularly useful to give the participants a place to write down the facts and think through the possible solutions. One particular sixth grade student who spent too much time being sent to the office for class disruption first of all identified what she was doing and the consequences, and then came up with ideas for changing her behavior. Instead of a “This is what you’re going to do!” from a teacher or administrator, it was “This is what I’m going to do!” from the student.

FOR A COMPLETE SET OF THE CHOICE C.R.O.S.S.ROADS MATERIALS SEE: 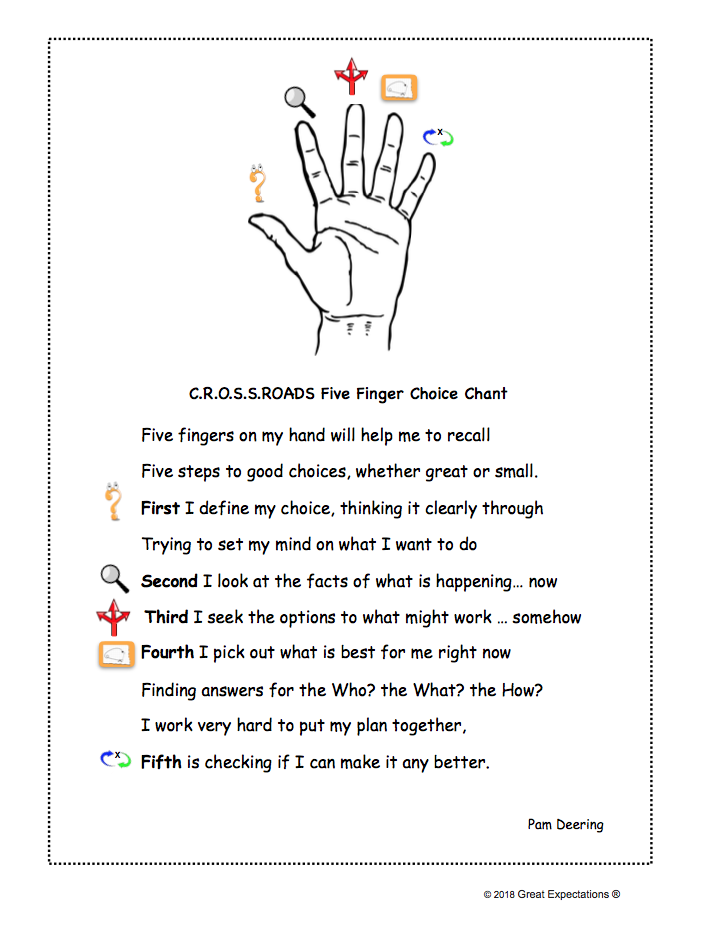