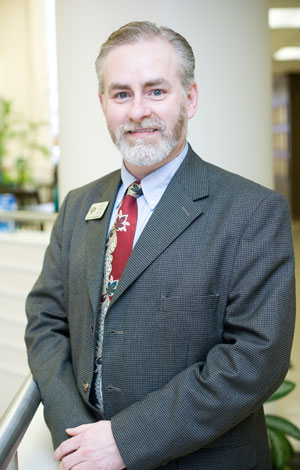 Rick Pierce began his journey as a Coach for Great Expectations in August, 2000.

As he sojourns throughout Oklahoma, his express mission is to help strengthen the Great Expectations skills of teachers and administrators as together they endeavor to implement the 17 classroom practices of Great Expectations. Before becoming a Coach, Rick taught middle school students at both middle schools in Muskogee, Oklahoma. As a student council sponsor, his commitment to students was demonstrated through consistent participation in student activities outside the classroom. He is also a Great Expectations Summer Institute instructor.

Prior to becoming a Coach, Rick was actively involved in many professional activities and committees in the Muskogee School District. Two consecutive years, 1999 & 2000, he was named Building Educator of the Year for West Middle School in Muskogee, Oklahoma.

Central to Rick’s educational philosophy is the testament that the amount of knowledge students acquire as a result of instruction is no more important than their need to have direction, a “compass” that guides them toward success in all things. He endeavors to transmit the light of integrity, principle, and love. Rick’s ambition to be an inspiration and example to his colleagues and students has, as its foundation, Plato’s belief that, “The direction in which education starts a man will determine his future.”