Skip to content
By MARK FRIEDEL of the Claremore Daily Progress
Stuart Roosa Elementary and Catalayah Elementary both achieved Great Expectations (GE) model school status last week. Roosa Elementary received the award for the 13th consecutive year and Catalayah for the third straight year.
Roosa Elementary has maintained GE model school status longer than any other school in Oklahoma.
The schools held celebrations in honor of the announcements during separate “Rise and Shine” assemblies where GE Ambassador Kita Asbill presented each site with a certificate of recognition for their accomplishments.
As a GE ambassador, Kita Asbill travels to schools throughout the U.S., including Roosa and Catalayah, to meet with educators one on one and evaluate teaching styles to determine if the schools meet GE standards.
To become a GE Model School, at least 90 percent of the teachers must successfully implement 100 percent of the 17 classroom practices daily.
The GE elements that impact positive changes in classroom teaching and learning include: 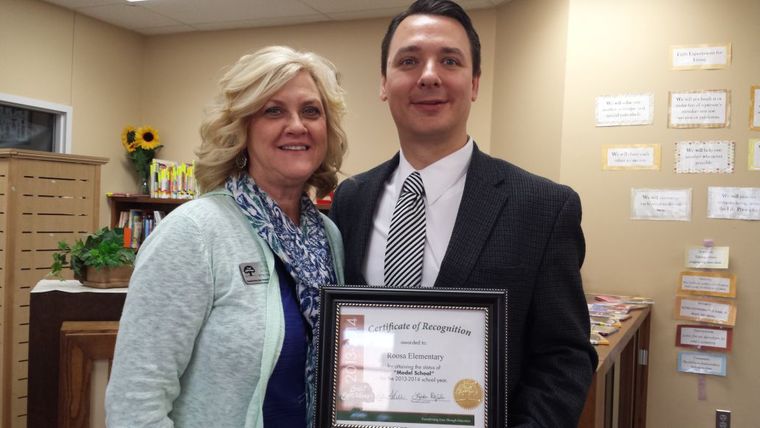 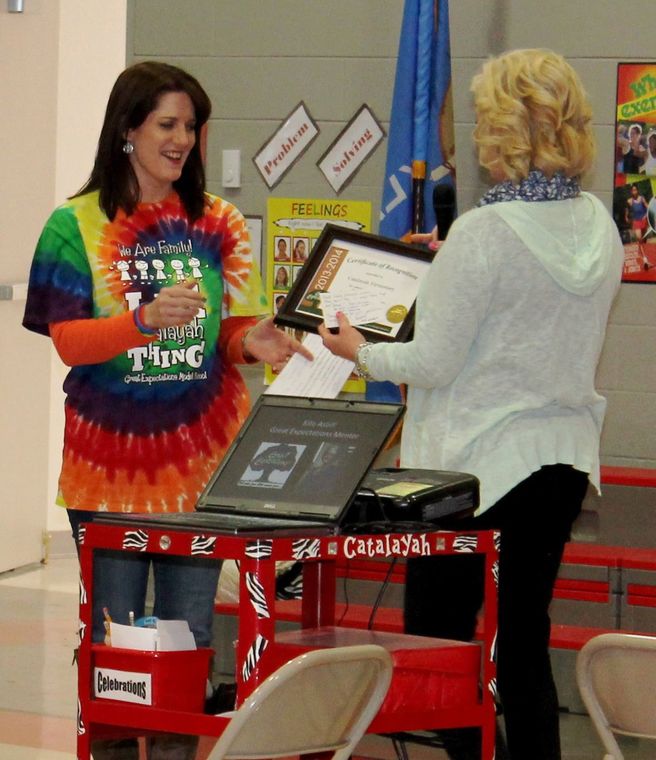