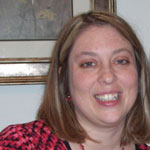 Lifelong Experience
Kristin Falcon, assistant principal at Anderson Elementary School in Spring Independent School District, engages Great Expectations in her leadership every day. Although her current school doesn’t yet widely utilize use the practices, Falcon still values what she learned from working in a school with Great Expectations. As a result, she’s an enthusiastic advocate for the organization.

Building a School Community
Upon being exposed to the Great Expectations methodology, Falcon was initially a skeptic, believing it was a fad, not unlike many other “programs” that come and go in education. But open to the possibility of becoming a better teacher, Falcon agreed to learn the life principles and complete the training. Still, there wasn’t a profound investment in the training from Falcon at first. It wouldn’t be until the second and third year of implementation that Falcon would become a firm believer in the approach.

“Many of the 17 practices were similar to things I was already doing in my classroom. But over time, I saw what an amazing impact it could have on students when all of the practices work together,” said Falcon. “The whole school used the same tactics, and techniques and it brought the school together. Using the same language, so to speak, created a community for the children.”

A Resource for Educators
Becoming a stronger believer in the Great Expectations process, Falcon trained to be an instructor in order to teach others the classroom principles and methodology. Working with other educators and administrators, Falcon connected to fellow teachers who also doubted in the process at first. Falcon related to what they were feeling, saw where they were coming from and knew what they were thinking.

“I don’t need everyone to come in believing this is going to work miracles,” said Falcon. “I understand the feelings those people have who weren’t convinced or were a little slower to connect. I try to make an effort and reach out to those educators. I know that if I can make even a small connection with them, then I can plant a seed that might eventually take root and grow. “

Guiding Principles
The system not only benefited teachers, but school leaders as well. A lot of what Falcon learned as a teacher she now exercises in her assistant principal position. Applying many of the same driving philosophies, Falcon now adopts Great Expectations’ idea of teacher attitude and responsibility to relate to students.

When using the consequences model, students’ response to discipline is better because of the mutual respect they have for one another. This makes the discipline process less arbitrary for the student, teacher and parent. Showing this level of respect helps students make sense of their actions and further help them succeed.

“With Great Expectations, building relationships is one of the most important parts,” said Falcon. “So when students come to me, they know I have to deal with their behavior. But while I might be disappointed in their actions, I still care about them as a person and only want the best for them so they can succeed.”